V.I. Vernadsky Crimean Federal University crowned its 2021 Miss Vernadsky CFU on Wednesday, December 15th. The contest has been an annual tradition at the University for many years.

This year, the title was won by Anastasiia Luchkina from Vernadsky CFU’s Taurida Academy. It was Anastasiia’s second try at the pageant as she had already competed in the previous year’s event.

Reflecting on her win Anastasiia Luchkina shared, “It was not easy for me to try and do it again. I had certain fears and worries, and I was not confident enough. But then during preparations to the final event, I thought why not go for it. Today everything went perfect, and I’m tremendously happy to have won the title.” 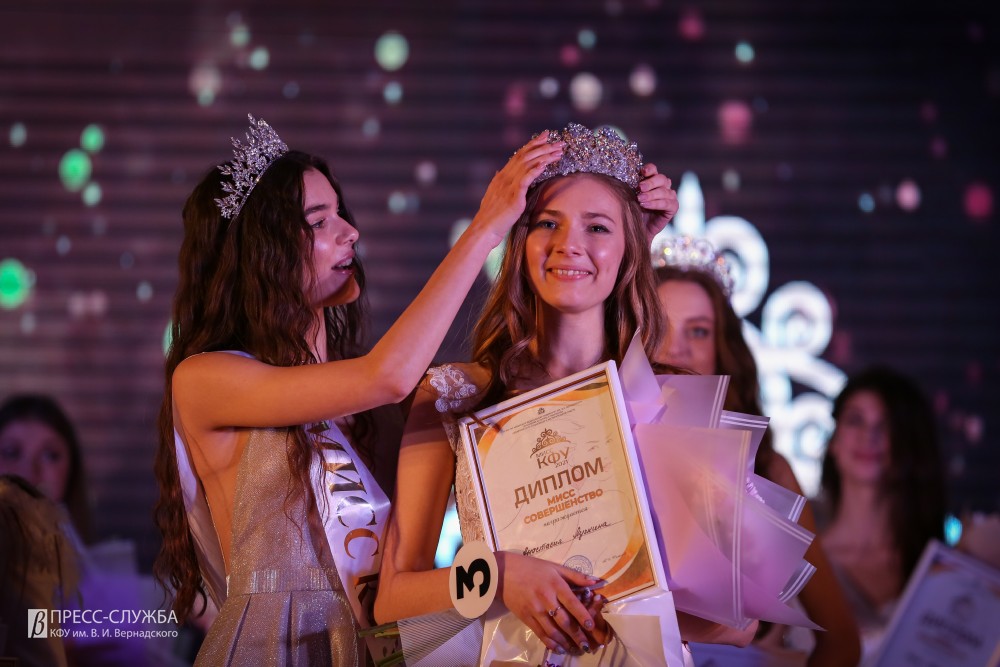